I can be pretty emotionless. I remember last year my brother came to LA to visit me and my co-worker asked if I was excited. I was, but I kind of replied with a shrug and a ¨yea sure¨. It´s because I spent a lot of my life holding back my emotions. Stuffing down anger, frustration, and anxiety was the norm because I lived with a particularly difficult person. Expressing my emotions was always fruitless and worsened the situations so I had to practice being the bigger person which meant holding my tongue and changing anger into calm in order to manage the situation. I got good at both. Too good. As a result I´m not good at expressing myself and in time the pressure builds and well you can imagine the end game sometimes. 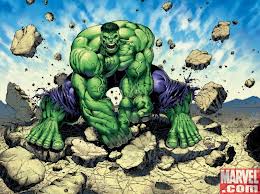 I use the skill almost daily in a lot of situations like work, volunteering, etc. It´s not like I´m a robot or really hate the way I´ve become. But I have been doing it too often and too automatically. I don´t take the time to feel out my emotions and let them out. I just push them down and move on. Part of the reason is because I was working in a complexly frustrating arena and my strategy was to manage my emotions into nothingness.

Actually for the most part I value the skill because there are plenty of situations where anger and frustration won´t help. I used to believe that it was a waste of time to be angry or frustrated. But the other day I was volunteering and this woman who felt like she was my boss (but actually isn´t) was constantly telling me what to do, what to say, and giving me orders. I was infuriated because she was condescending and rigid in the way she wanted things done. But I decided not to pick a fight or say anything because I didn´t think it was worth it. Instead I just pushed it all away and kept a calm face. After I left I felt completely off the rest of the day and I didn´t know why. It´s like walking in a circle over and over again. I knew that woman had made me mad but I wasn´t sure why and how I let it get to me so badly. I didn´t seek anyone to talk to because I didn´t know I should. That´s not something I ever do. But I see now that I should have. Now I see that I need allow myself to feel out my emotions more and to address my anger and frustration.

Usually I turn to exercise, cooking, piano, writing or drawing as an outlet for emotion, but there really is no substitute to ceaseless ranting. My roommate asked me how volunteering had been and even just telling her that this woman was mean felt like a depressurizing. I feel like I´m sort of rediscovering this aspect of life. My adolescence was one big ceaseless rant about anger and frustration. Somehow I came to the conclusion that doing so was not good and stopped completely. Now I am back full circle. I guess this is my second iteration on the subject. I can work on becoming more balanced. Hopefully this time around won´t take 27 years.