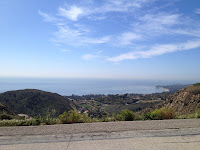 Last Saturday I joined my new friends Steven and Walter at Cynergy Cycles to ride up Latigo Cyn Rd with a bunch of AIDS Life Cycle participants. Latigo Cyn is a 9.5 mile climb with an average of 8% grade. I didn’t know I could spend that long going uphill. After a mile I was breathing at a steady pace and on my lowest gear. I couldn’t have talked most of the way and my concentration was in an out as I tried to just make it around each turn. As I got higher and closer to the sun I got hotter and developed a headache. Maybe it was the altitude. I ran out of water 6 miles away from the next rest stop, but at least the descent was a cool one. 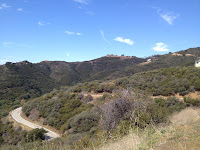 Parts of the ride felt like I was on a route professionals might do. Like those roads in the mountains that you see on the TdF. There was a small descent in the mountain and I was going so fast I had to break on the turns. They were steep and sharp. I didn’t know what was coming next so I had to play it safe and go slower than I really wanted. I felt a little pro. Even though I was going really slowly. Lol. 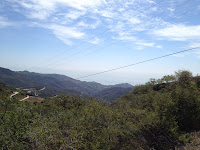