No Gym This Weekend

My encounters with Bally have really been declining. Especially now since I am not here Monday through Thursday and all the classes I like to take fall on those days. Of course. Instead this weekend I went to dance, cross-fit and yoga classes. Hip-hop has been fun and mentally stimulating – most importantly fun. After this weeks class of cross-fit I think I’ve realized that if I signed up, it would become a chore and then I would eventually hate it. It’s a good change of pace, but just alternating what kind of resistance work out you do isn’t the kind of change I need in my workouts. I think I will go back to it every now and then cause it is a REALLY GOOD workout.

I have been wanting to try a good yoga class because Teresa and Lisa seemed to really like it. None of that grandma yoga stuff they have at Bally. So what better day than today? Well probably should have waited because I did xfit this morning, but I didn’t want to wait a week before I could try it. I was so pumped I went and bought 2 pairs of yoga pants and a yoga mat. haha. So then I went online and found a few places. Jenn Yoga claimed to have a class at 6pm but was definitely closed when I showed up. So I did a Joy Yoga class. Joy Yoga on reliability -> A+.

Anyway this yoga was definitely challenging. No pauses for 45 mins. It wasn’t even hot yoga and I was sweating like I was outside. It was weird because internally I was really hot, but the room was probably at a nice 75 degrees. We kept going back to the same poses about 50% of the time so I wasn’t that mentally engaged, but I guess that’s not bad because by the end I was balancing a little bit better. You know, when you see pictures of people in those crazy yoga poses, you think “oh that doesn’t look bad, I can do that” but really they’re freaking hard. Today I learned that I have little balance and sometimes have trouble following directions. haha. 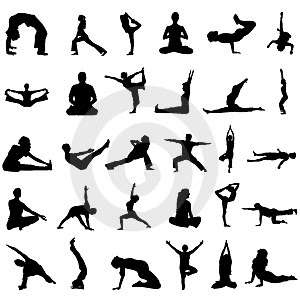 I think I’ll give it another few go’s and then decide how much of a commitment I want to have with yoga. I do want my balance and flexibility to get better, so yoga is in my future but it might take a backseat like xfit. We shall see.